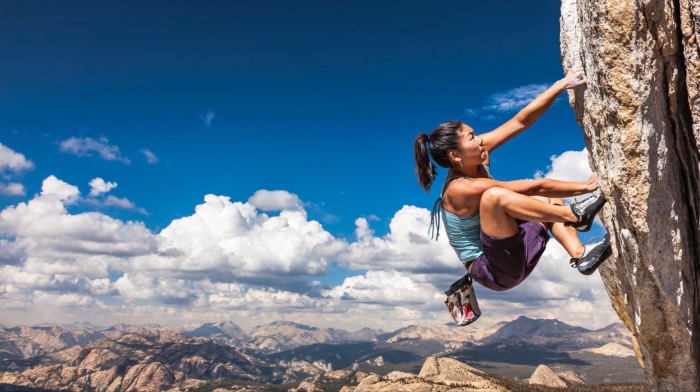 Success is not final, failure is not fatal: it is the courage to continue that counts.

All our dreams can come true, if we have the courage to pursue them.

All you need is the plan, the road map, and the courage to press on to your destination.

Only those who will risk going too far can possibly find out how far one can go.

Strength does not come from physical capacity. It comes from an indomitable will.

Fortitude is the marshal of thought, the armor of the will, and the fort of reason.

Let me tell you the secret that has led me to my goal. My strength lies solely in my tenacity.

In all my perplexities and distresses, the Bible has never failed to give me light and strength.

Courage and resolve; strength of character. “He displayed the true grit of the navy pilot”.

Some synonyms and derivatives:

Courage: the ability to do something that frightens one. “She called on all her courage to face the ordeal”

Strength in the face of pain or grief. “He fought his illness with great courage”.

Backbone:  mainstay, cornerstone, foundation, chief support, buttress, pillar, tower of strength. “The infantry is the backbone of our army”

Spirit: those qualities regarded as forming the definitive or typical elements in the character of a person, nation, or group or in the thought and attitudes of a particular period.

Strength of character: the state or quality of being physically or mentally strong.  The ability to withstand or exert great force, stress, or pressure.  Something that is regarded as being beneficial or a source of power.

Strength of will: the quality or state of being strong; capacity for exertion or endurance;  power to resist force; solidity, toughness.

Moral fiber: the strength and ability to do what you think is right, even in a difficult situation. People complain about the decline of the nation’s moral fiber, but I don’t see any real evidence of it. Morally good or correct behavior:virtue, goodness, purity.

Steel:  mentally prepare (oneself) to do or face something difficult.

Nerve: brace oneself mentally to face a demanding situation.

Fortitude: courage in pain or adversity.

Toughness:  the state of being strong enough to withstand adverse conditions or rough handling.”The toughness of steel”, the quality of being difficult to cut or chew.”gristle contributes to the toughness of meat”.

The ability to deal with hardship or to cope in difficult situations.”They showed great mental toughness to keep going”

Hardiness:  the ability to endure difficult conditions.”I applaud you on your hardiness”.

Resolve: firm determination to do something.

Resolution: a firm decision to do or not to do something.”She kept her resolution not to see Anne any more”. Intention, resolve, decision, intent, aim, plan.

Determination:  firmness of purpose; resoluteness.“He advanced with an unflinching determination”

Tenacity: the quality or fact of being able to grip something firmly; grip.”The sheer tenacity of the limpet”

Perseverance:  steadfastness in doing something despite difficulty or delay in achieving success.“His perseverance with the technique illustrates his single-mindedness”.

Endurance:  the fact or power of enduring an unpleasant or difficult process or situation without giving way. “She was close to the limit of her endurance”

Grit in psychology is a positive, non-cognitive trait based on an individual’s perseverance of effort combined with the passion for a particular long-term goal or end state (a powerful motivation to achieve an objective).

This perseverance of effort promotes the overcoming of obstacles or challenges that lie on the path to accomplishment and serves as a driving force in achievement realization. Distinct but commonly associated concepts within the field of psychology include “perseverance”, “hardiness”, “resilience”, “ambition”, “need for achievement” and “conscientiousness”.

These constructs can be conceptualized as individual differences related to the accomplishment of work rather than talent or ability. This distinction was brought into focus in 1907 when William James challenged the field to further investigate how certain individuals are capable of accessing richer trait reservoirs enabling them to accomplish more than the average person, but the construct dates back at least to Francis Galton, and the ideals of persistence and tenacity have been understood as a virtue at least since Aristotle.

The primary scientific findings on grit come from Duckworth and colleagues’ 2007 examination of grit as an individual difference trait capable of predicting long-term success. Subsequently, in 2016 Crede et al. questioned Duckworth’s construct of grit (that included both the perseverance of effort facet and the consistency of interest facet), concluding that the primary utility of the grit construct may stem from the perseverance of effort.

Duckworth et al. (2007) initially proposed that individuals who possess a drive to tirelessly work through challenges, failures, and adversity to achieve set goals are uniquely positioned to reach higher achievements than others who lack similar stamina.

In a series of six studies Duckworth et al. proposed, developed, and tested a two-factor grit scale with notable results. In addition to validating their grit scale, the authors also found support suggesting that grit provided incremental predictive validity for education and age above and beyond the Big Five personality traits (Study -that higher levels of grit were more highly associated with cumulative grade point average (GPA) in an Ivy league sample when compared to those with lower grit levels (r = .25, p < .01); that grit predicted retention after their first summer in two classes of cadets at the United States Military Academy ; and that participants in a National Spelling Bee with higher grit scores typically work harder and longer than less gritty peers, ultimately resulting in better performance. This series of studies provides empirical evidence that an individual difference conceptualized as grit can account for significant variance in performance across a variety of settings.

Effective Tips to Boost your Grit or Courage in Crisis or Adversity times:

1. Ask yourself: Should I take action to solve this situation, problem or fear?. Think first then later take actions.

2. Remind yourself that fear can harm you.

3. Remember that fear even when is real is just chemicals and you could handle it.

5. Do something to engage your cognition of all the situation.

7. Meditate, or at least stop and breathe.

8. Embrace your fear, then let it go.

Marcel Arellano is Founder, Partner and CEO of Strategy Creativity @strategycreativity and the Professional Development Studies Center- CEAPROF, Companies that develop training programs and events in all areas of human knowledge for Nationals, Internationals, Companies, Entrepreneurs and Multinational Organizations, in such as Seminars, Congresses, Lectures, Courses, training programs by Elearning and internet, as well as develop of products, services, books and ebooks relative with science, creativity, innovation, management and engineering. As such, he is responsible for overall development and execution of the firm`s strategy all the administration, management and marketing plans, with includes implementing all integrated marketing campaigns in support of business development initiatives through the use of marketing tactics such as relationship marketing, brand management, website, social media, public relations and direct marketing. Prior to his tenure at CEAPROF Company, Marcel Arellano was working and had experience in Banking and Finance to occupy Management levels (Experience of more than 10 years). He worked in Marketing and Launch of Products and Services in this areas. Marcel received BS degree in Economics at the Andres Bello Catholic University- UCAB- Caracas, Venezuela- 1995, also an Specialization in Business Administration- UCAB-Caracas- 1997 and Master's Studies in Business Administration- UCAB- Caracas, Venezuela. Also Marcel Arellano received an Executive Certificate of Strategy and Innovation at Sloan School of Management- MIT- 2009, Cambridge, MA, USA; and Executive Certificate in Leadership and Management at Sloan School of Management - MIT - 2011, Cambridge, MA, USA Marcel is a Second Vice President and Member of the Venezuelan Anticancer Society. Marcel Arellano have created more than 360 training programs in all areas of human knowledge as such technology, engineering, marketing, management, creativity, innovation, digital marketing, science, leadership and motivation programs. Also Marcel have created insolvency, or liquidity or bankruptcy prediction algorithm and its solutions; the tool to generate creativity the 5s of creativity and the solution of generation of new products; the algorithm and tool of the advanced integral rose to solve problems, analyze a problem and determine solutions and new entities; tool of analysis of a company financially and of indicators of complete management Business; System of Indicators of Management, Management and Finance in the Web, and in Iphone Applications; the APP App for finance for iPhone: ceaprof break point. He is Lecturer in Finance, Management, Creativity and Innovation. Author of the Creativity Tools Book, authorship in Spanish and English. Business Consultant and Advisor. Award for Quality and Educational Excellence ODAEE-jun 2008-Organization to the America for Educational Excellence- Recognition of his magnificent contribution to the development of Sciences, Arts and Letters in the Ibero-American countries. View all posts by marcelarellano71